” I walk more than 6 kms to school and back. It is great excercise but sometimes I get too tired”, says Kunda Benson. When he was very young, five years old, both Kunda’s parents died and he ended up homeless, living on the streets from 1999 to 2002. He was taken into care by Friends of Street Children in Kitwe (FSC). Kunda had the imagination to see that it was worth going back to school, which, with FSC’s help, he did. He had the character and determination to pass his exams year after year, while also helping at the FSC shelter.  He succeeded in passing the exams to take a place on a teacher training course. Now he will be taking his final exams in April, which will enable him to start his teaching practice. Kunda has always wanted to give something back and still helps at the FSC shelter. 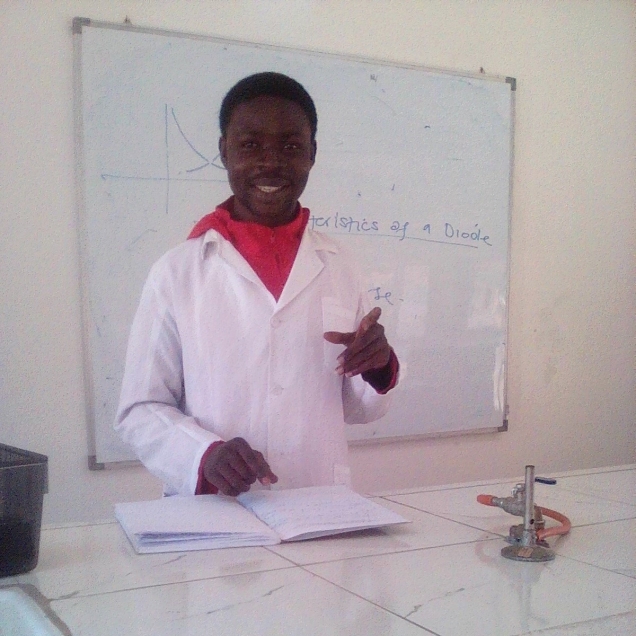 Kunda in the lab.

Kunda’s choice may seem like the obvious one, but not to all street children. For many, the idea of submitting to the discipline of the classroom in order to achieve long term goals is too difficult. Kunda has shown real imagination, tremendous purpose and determination, but there are other street children like Kunda, who follow his example. Their school fees need to be paid. Currently  these are about £88 p.a per child in secondary school, depending on the exchange rate. If you would like to donate to support street children returning to school, please go to https://uk.virginmoneygiving.com/donation-web/charity?charityId=1003642&stop_mobi=yes

Thanks to the donors and supporters of Romilly, the college fees of this exceptional young man have been paid for the last three years. Thank you all. Kunda writes, ‘I am so thankful for everything that you are doing for me and I am deeply humbled’.

After his teaching practice he will return to college for six more months. If you would like to contribute to his fees for this, please donate at